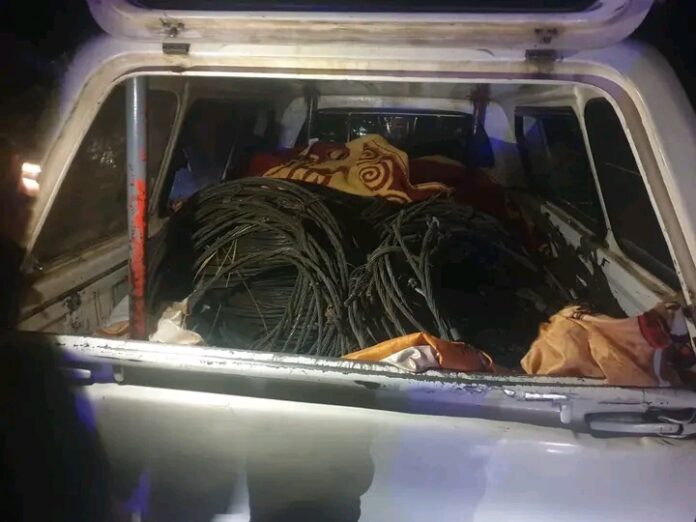 Four foreigners were detained by Soshanguve police after they were found with copper cables worth R74 000 by private security patrol officers last Saturday in Soshanguve.

Mr Thabo Nyakatho, of Soshanguve SAPS, said the accused also allegedly violated the nation’s immigration law, and they have been charged as a result.

“Charges against the accused include possession of tools for housebreaking, possession of suspected stolen property, and violating immigration law.

“The suspects managed to flee before the security team arrived at the suspicious car and the private security guards then called the Soshanguve SAPS to request for help. The suspects were arrested following a police chase and found in possession of the copper cables inside the Quantum taxi that they were allegedly traveling in and are scheduled to appear in court soon,” he said.

Ms Gosi Maubelo, of Soshanguve SAPS, said “We appreciate the Private Security Company team’s efforts and collaboration with SAPS in cleaning up our neighborhood.

“The fact that these suspects are foreign nationals is sad. In order to save this community even for future generations, the Soshanguve community has to normalize its cooperation with SAPS to keep Soshanguve safe,” she said.